Rudik and Dikran are both dear friends of the Cathedral and their work is already well-represented there. Before Sunday, five of Rudik’s paintings adorned the walls of St.Illuminator’s, the icon to the Martyrs of the Armenian Genocide in the Sanctuary, the icon of the Crucifixion of Christ used during Great Lent, and three secular paintings in Pashalian Hall. The icon of Sts. Vartanantz became the sixth. Dikran designed and built the altar of the Holy Martyrs of the Armenian Genocide, together with the architect Vatche Arslanian. The sign now joins the altar as another of Dikran’s signature contributions to the architectural beauty of the Cathedral. Both Rudik and Dikran were present as special guests on Sunday, Rudik with his wife, Nina, and daughter, Meri, and Dikran with his son, Berj, who works with his father and helped craft the sign.

The Sts. Vartanantz icon was dedicated to the memory of Vartan and Araxi Andonian, who were members of and served the Cathedral for more than fifty years, as a gift of their sons Vahe and Stephan Andonian and their families and friends. The Cathedral’s sign was generously donated by Dikran Tenguerian. 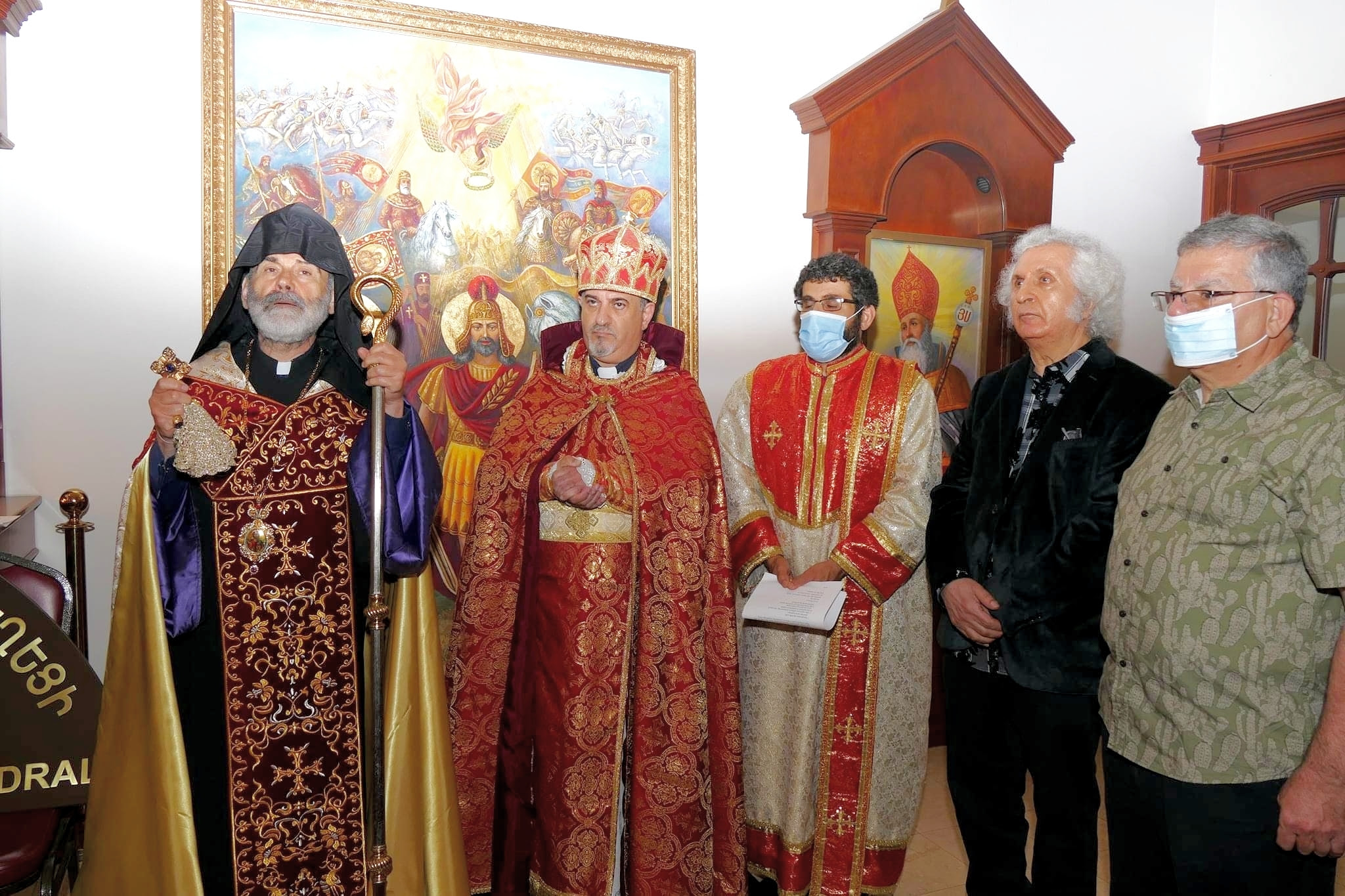 On Sunday, June 6, H.E. Archbishop Anoushavan presided over the Divine Liturgy at St. Illuminator’s Armenian Cathedral in New York City. After Soorp Badarak, Anoushavan Srpazan consecrated the Cathedral’s new icon of Sts. Vartanantz and blessed St. Illuminator’s new Cathedral sign. The icon is another masterwork of the world-renowned artist and painter Rudik Petrosyan, and the sign was beautifully and lovingly crafted by the architect and legendary architectural model maker Dikran Tenguerian.