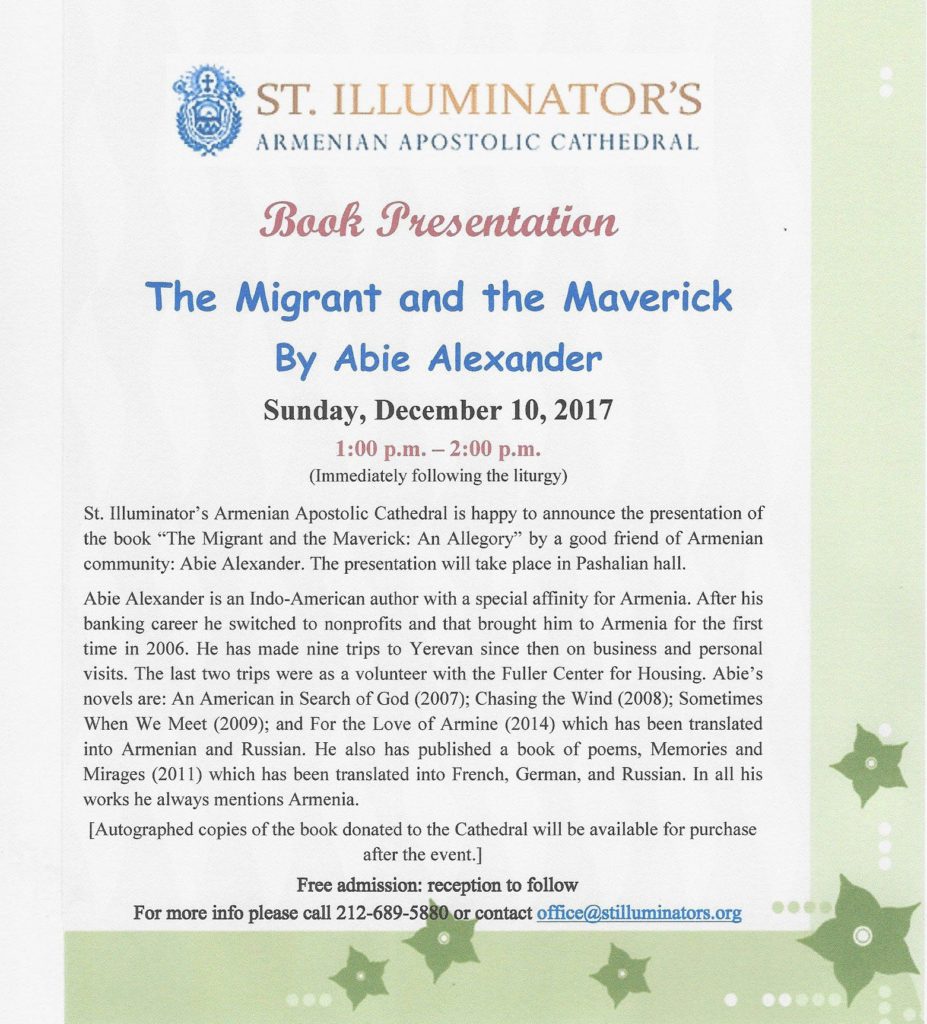 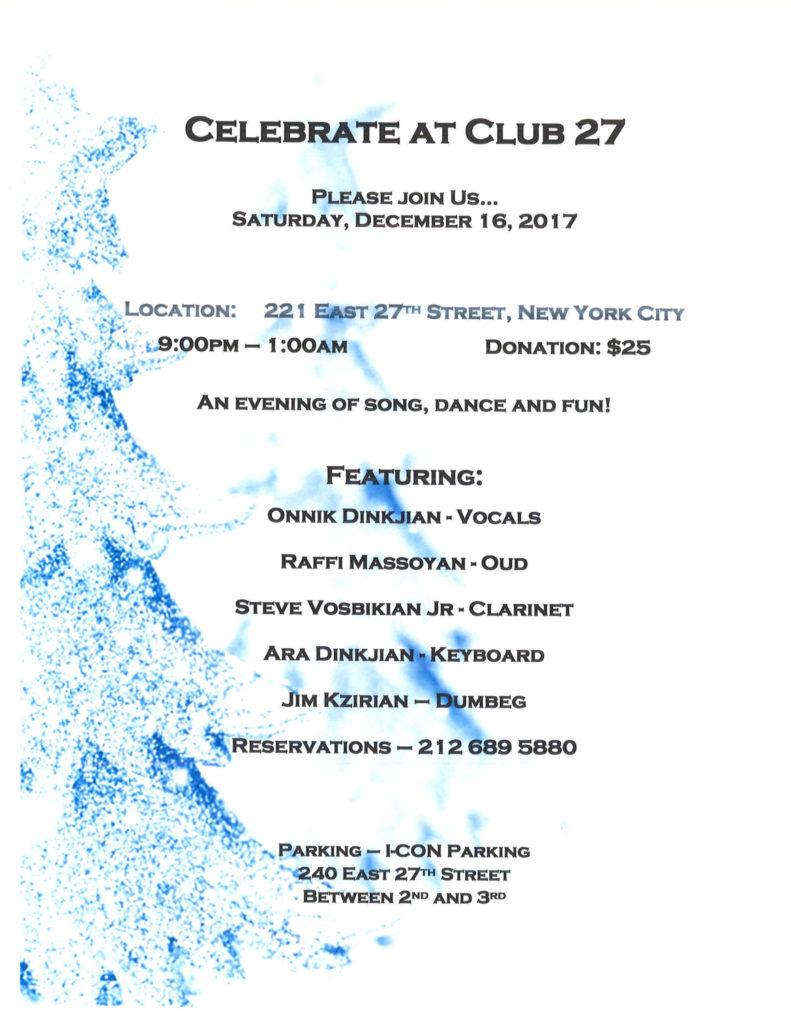 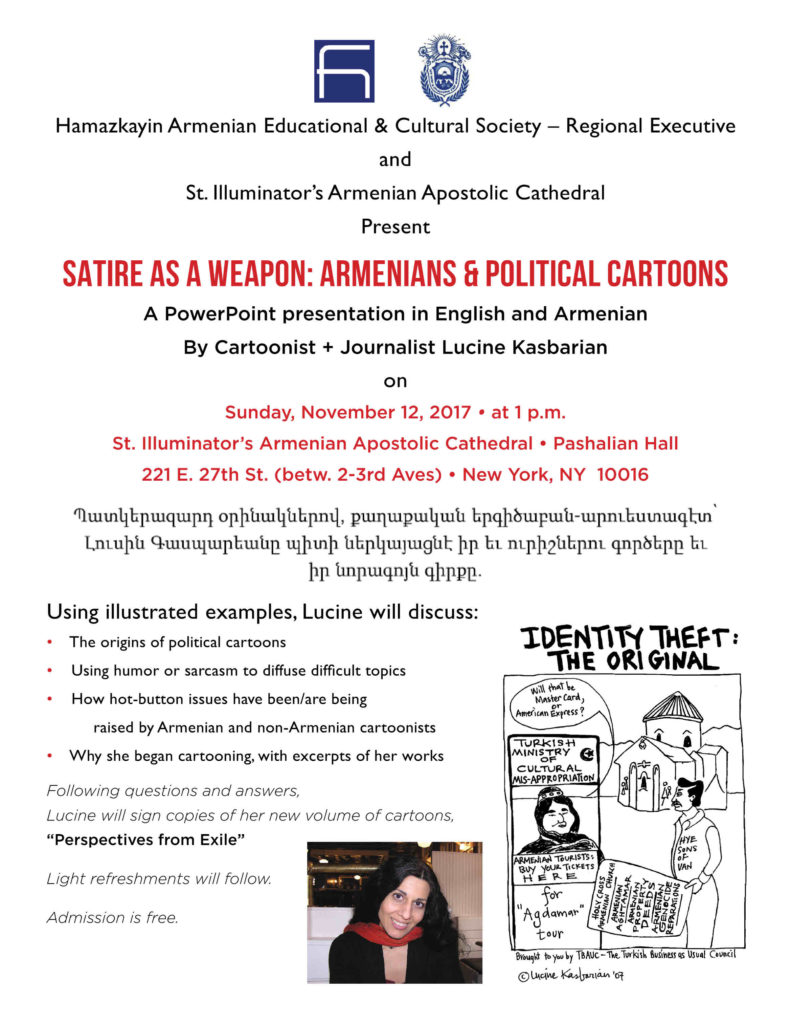 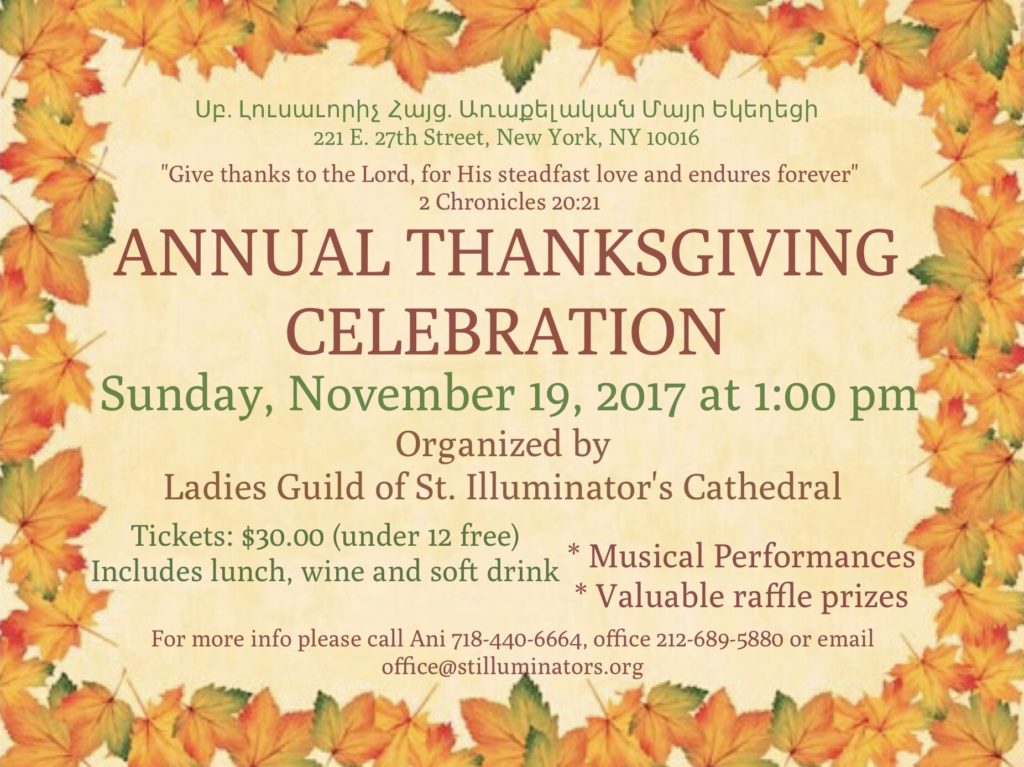 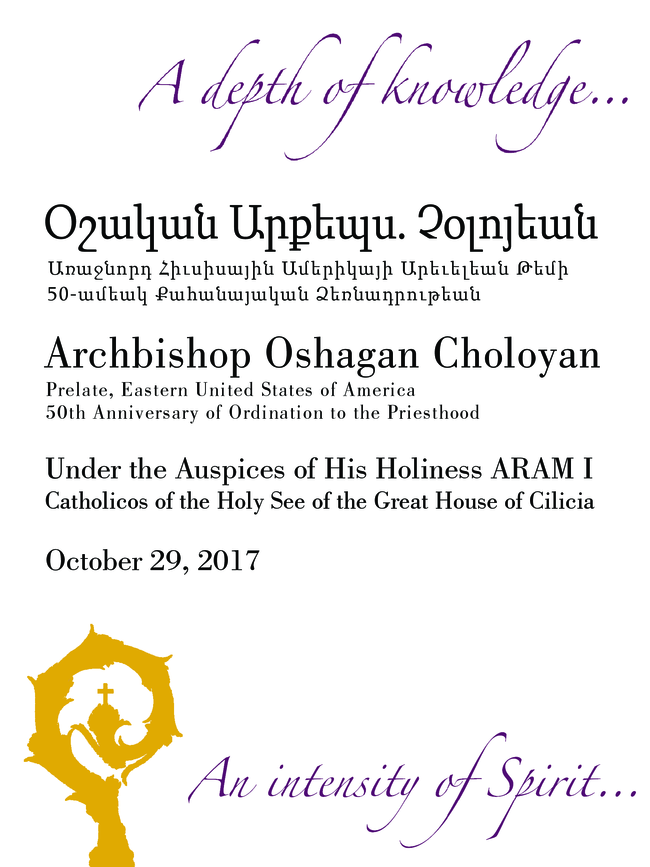 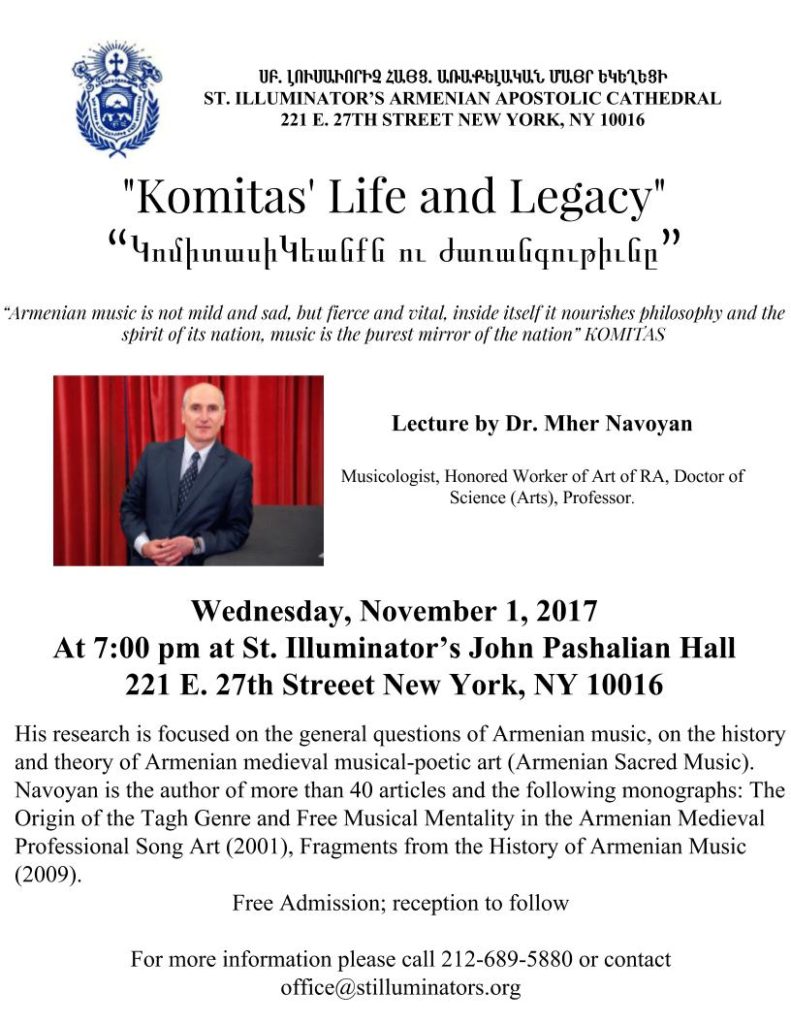 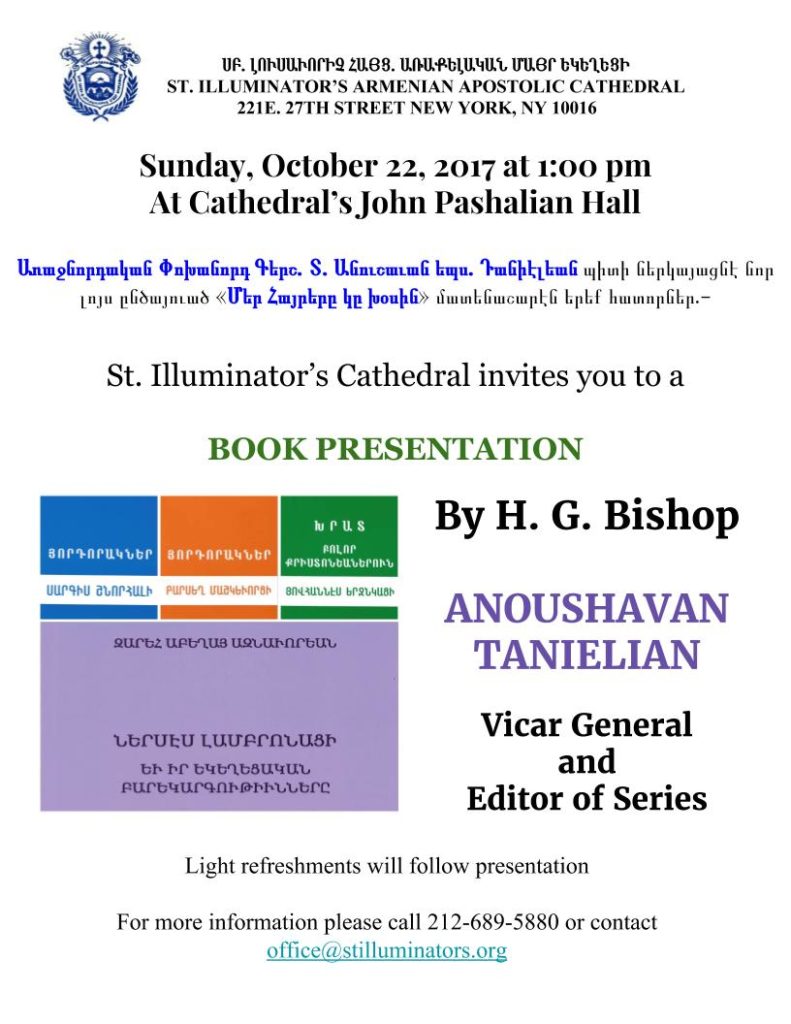 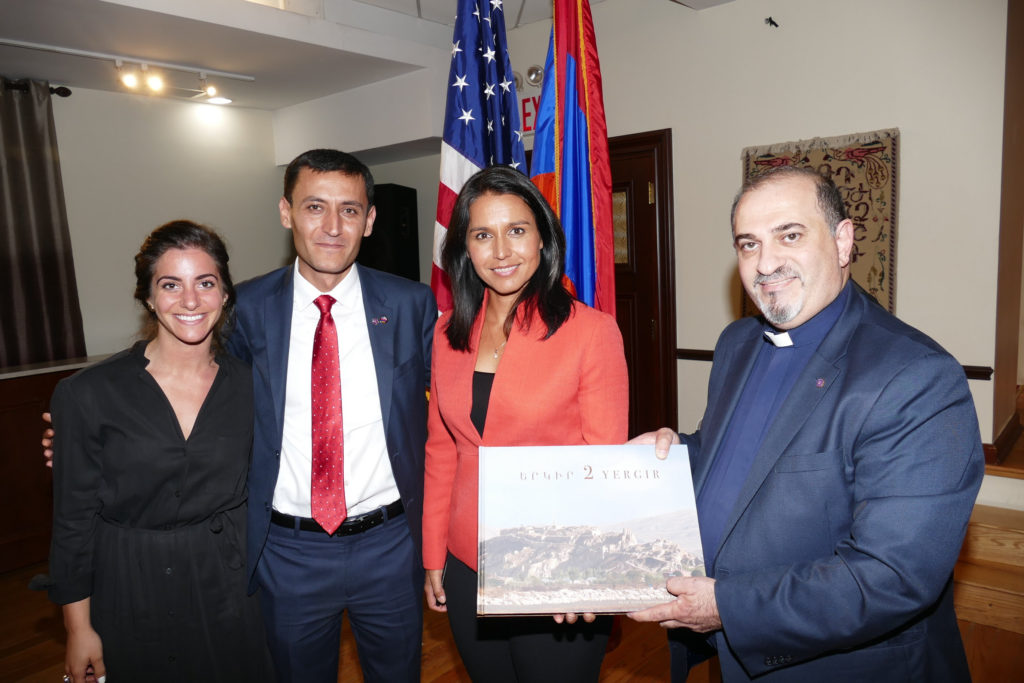 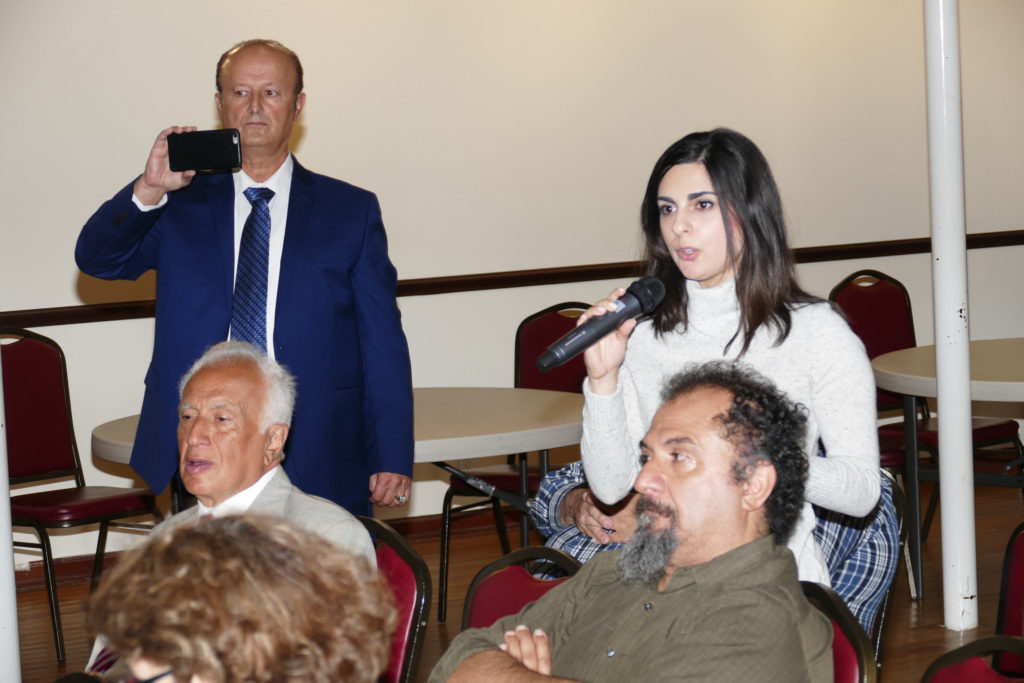 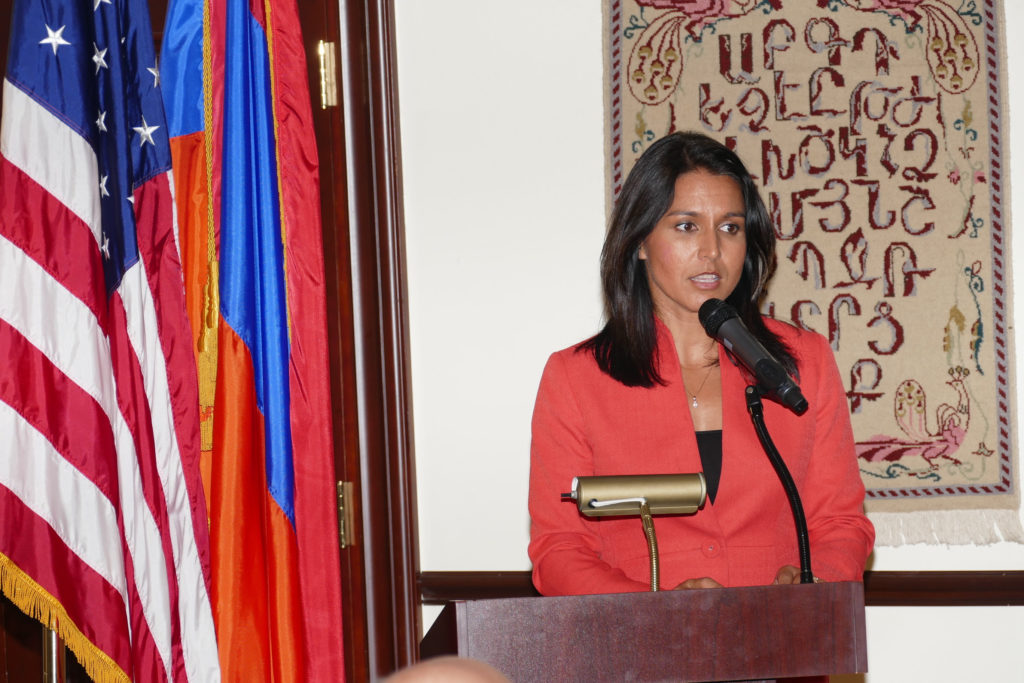 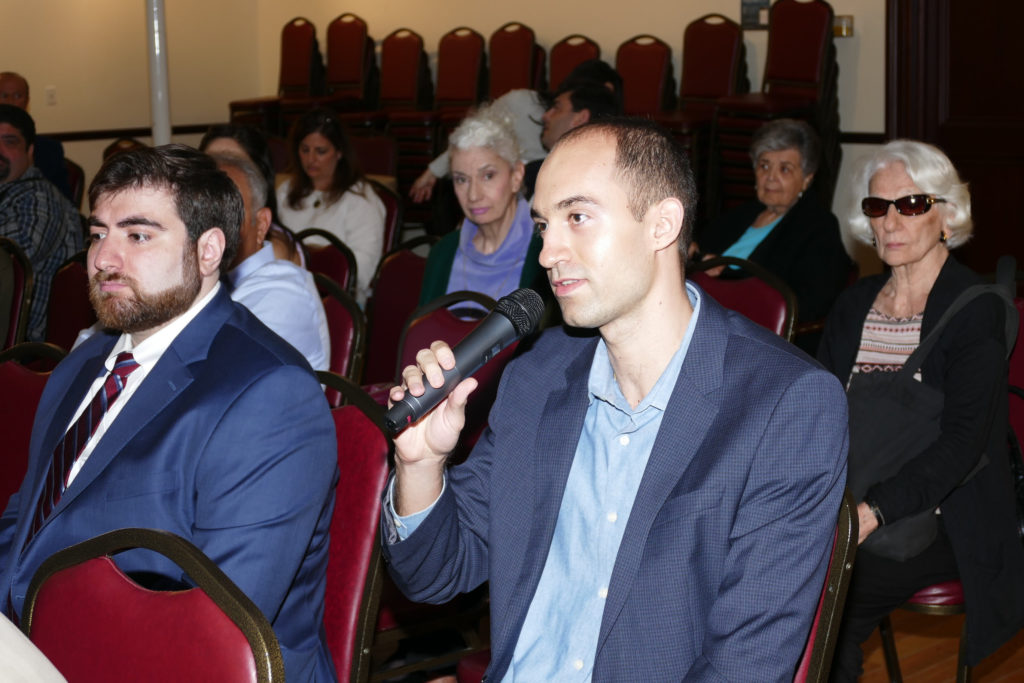 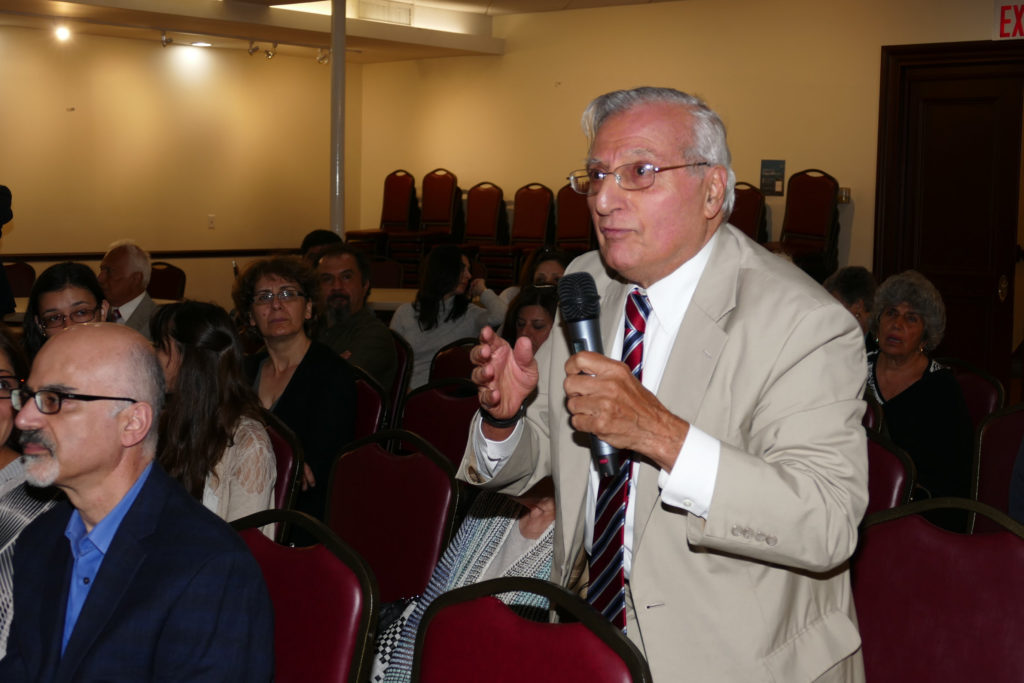 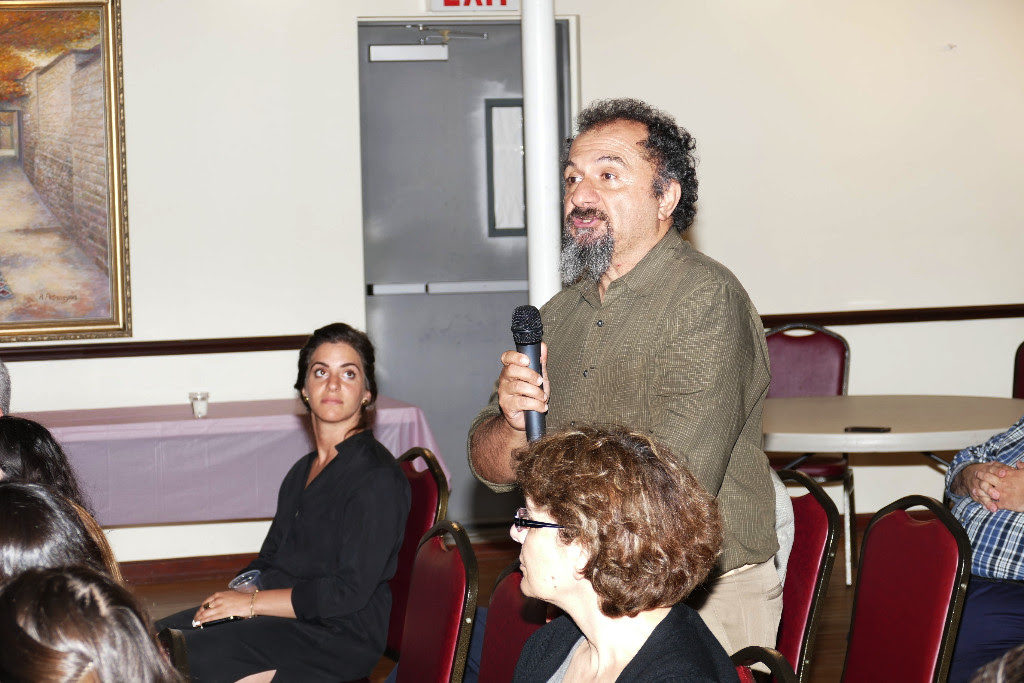 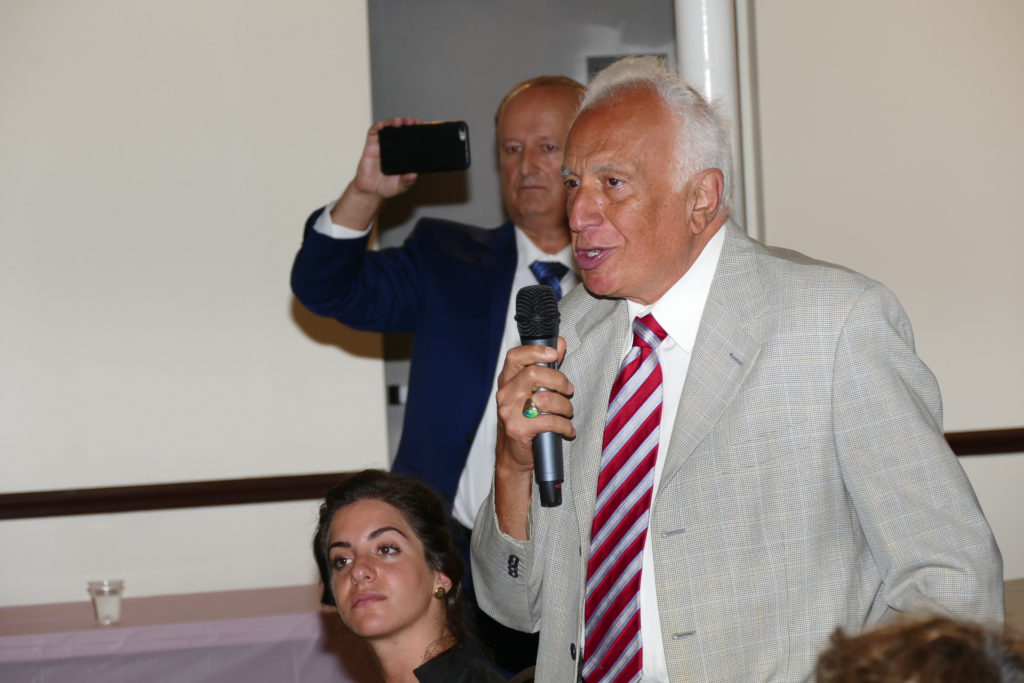 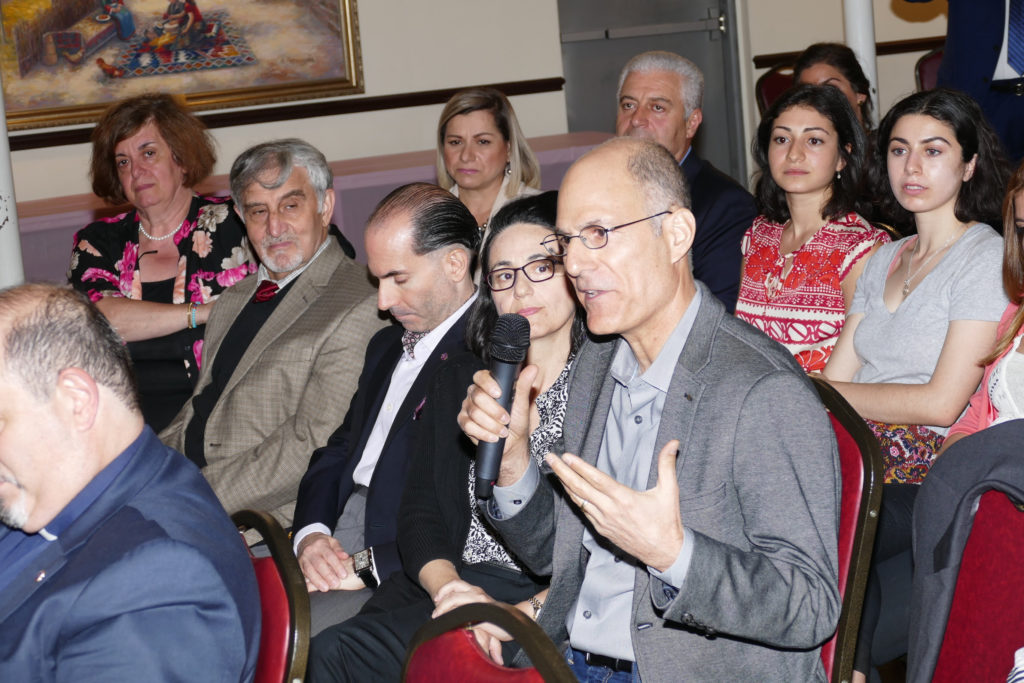 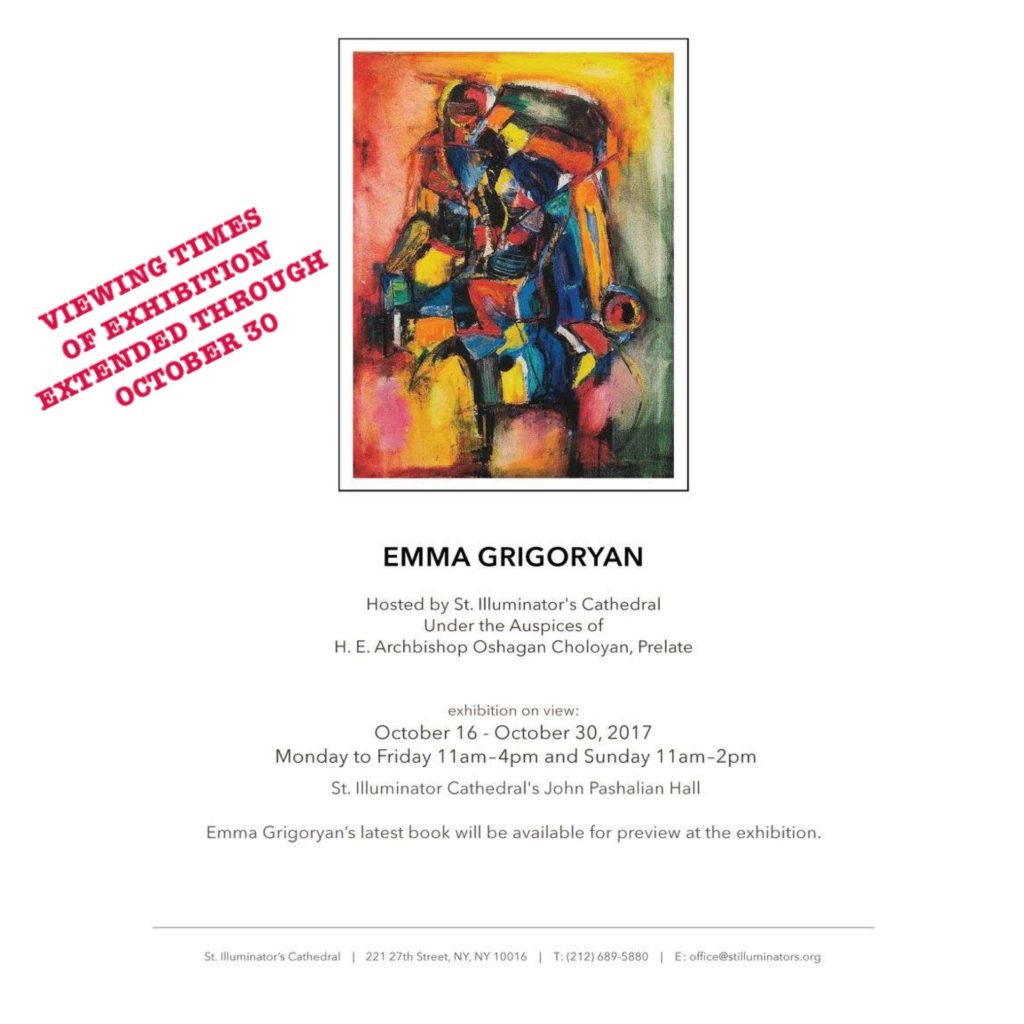 During the 50th anniversary celebrations of the New York chapter of the Hamazkayin Educational and Cultural Society, Rev. Fr. Mesrob Lakissian, pastor of St. Illuminator’s Cathedral, was acknowledged for his years-long collaboration with the institution. He received two certificates of recognition, one by the Eastern Regional of Hamazkayin and the other by the committee of the New York chapter. 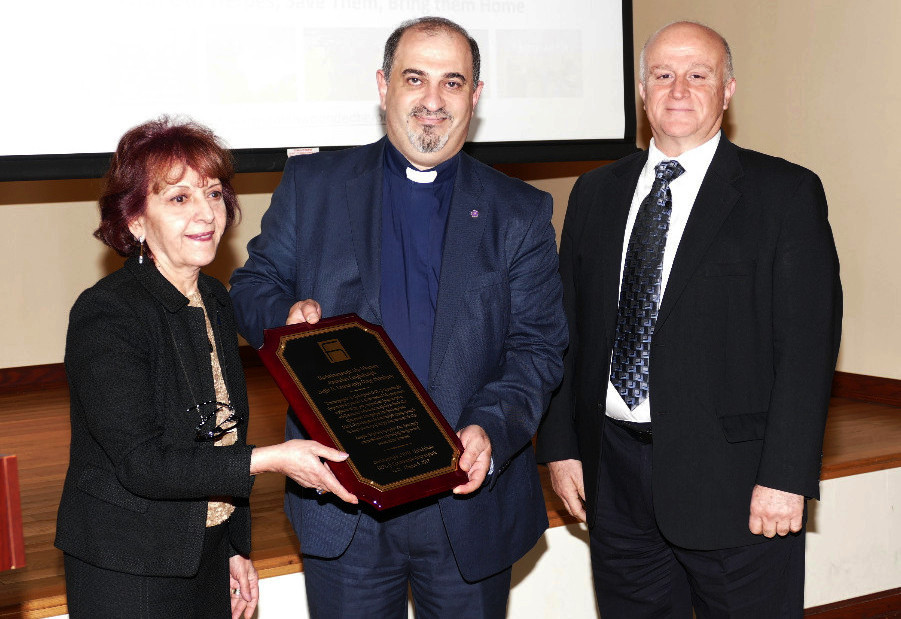 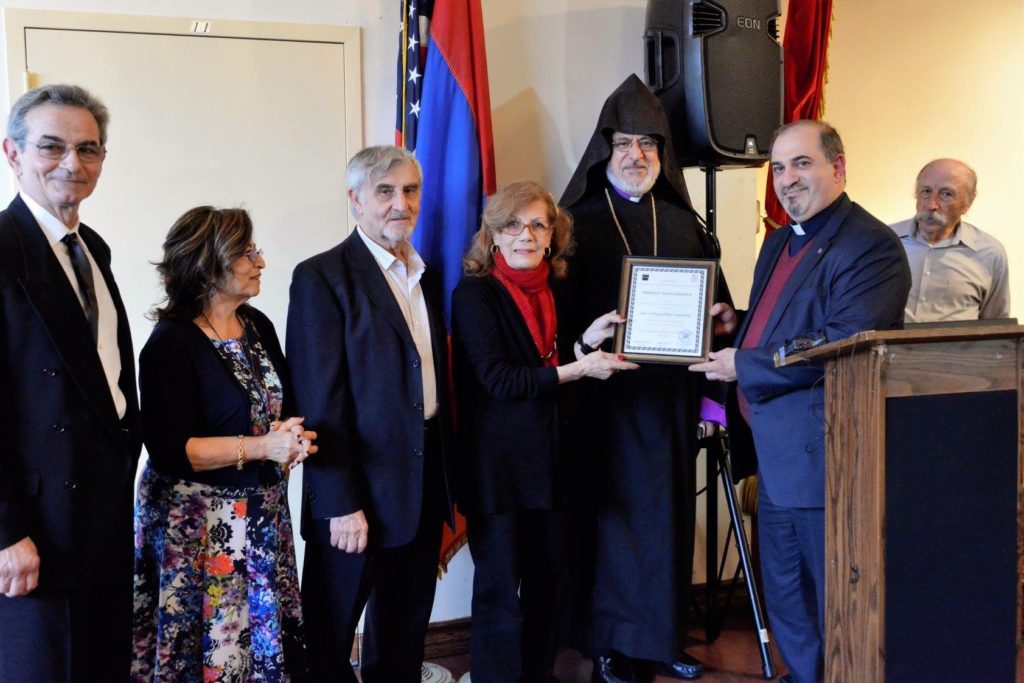