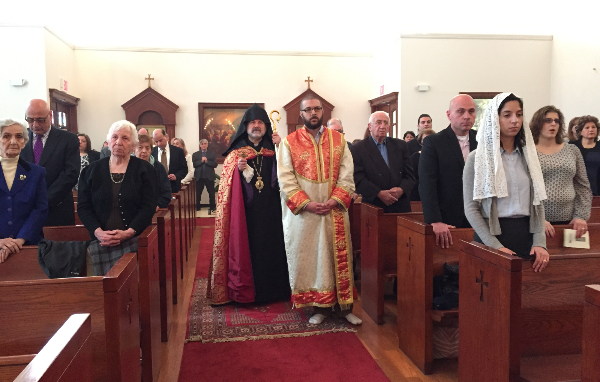 They were accompanied by Ms. Vanessa Diaz-Lopez and Ms. Marcela Medina and given a tour of  the Cathedral by Fr. Mesrob Lakissian, Pro bono Counsel to the Cathedral, Mr. Christopher Parnagian, Esq., and Treasurer of the Board of Trustees, Mr. Yervant Kasparian. 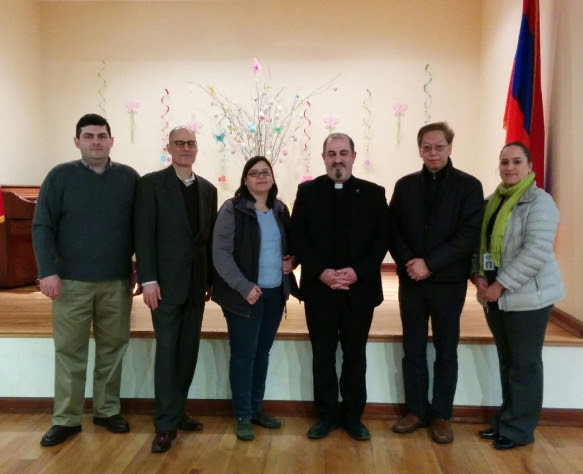 Father Mesrob, Board of Trustees members and the 100th Anniversary committee of the St. Illuminator’s Cathedral working together in preparation for the historic event to be held on Sunday, May 17, 2015:

Divine Liturgy at the Cathedral at 10:30am, celebrated by H.H. Aram I, Catholicos of the Great House of Cilicia.

The Pontifical banquet in honor of His Holiness and the Cathedral’s 100th Anniversary will be held at The New York Palace in Manhattan at 4:00pm. 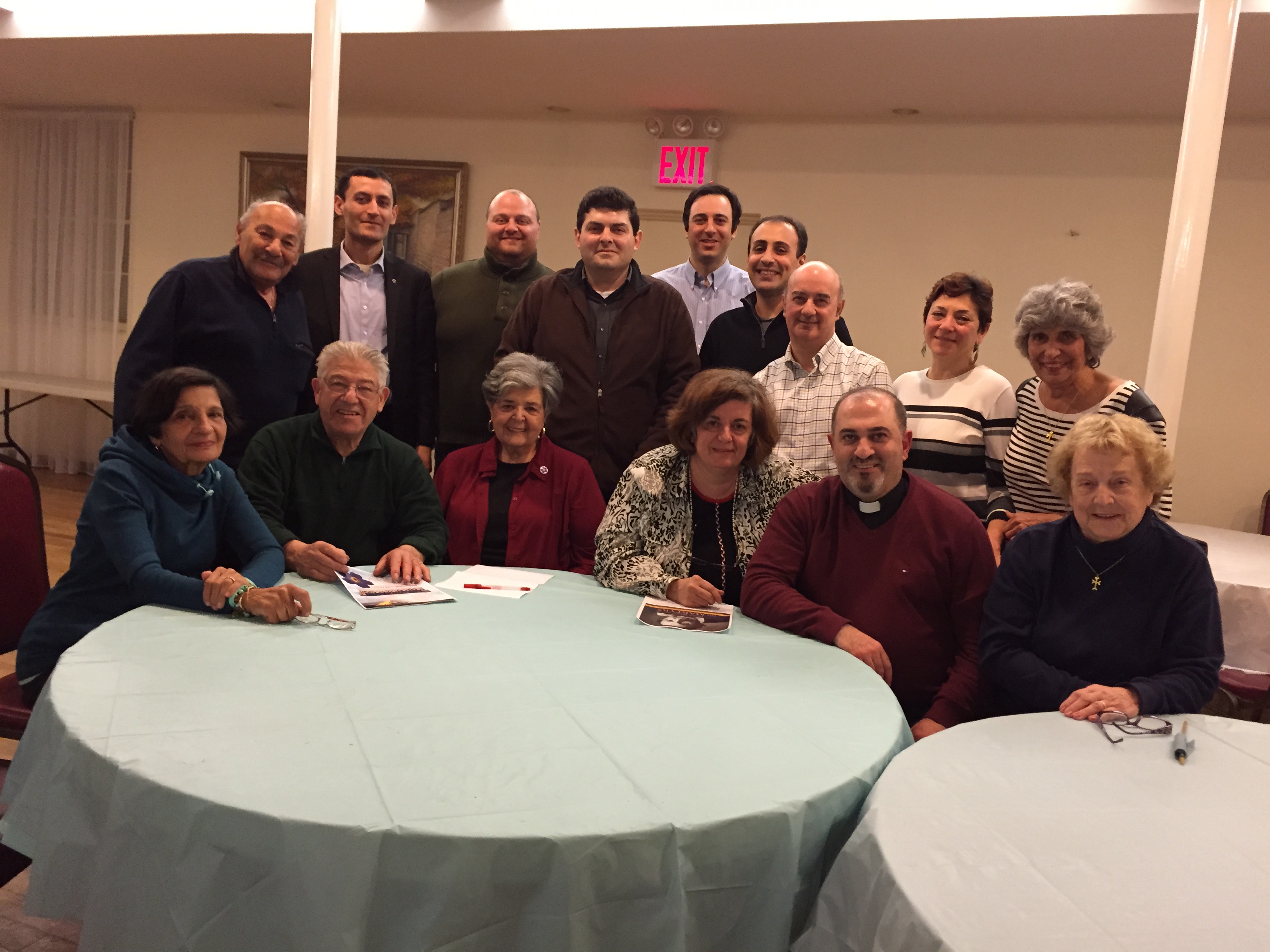 On Tuesday, December 10, 2013 at the John Pashalian Hall of St. Illuminator’s Cathedral the audience learned much during the lecture/multimedia presentation by OXFAM representatives Mr. Jonathan Puddifoot and Ms. Margarita Hakobyan.

OXFAM is an international confederation of 17 organizations working in approximately 90 countries worldwide to find solutions to poverty and injustice around the world.

“OXFAM has been working in Armenia since the early 1990s, fighting poverty and making sure that people’s voices are heard. We work with more than 140 countries across six regions of Armenia to develop projects that bring lasting change to people’s lives. We work with the government to ensure the rights of poor people are put first, and conduct extensive research to help advocate for changes. We are working to improve the health sector, to improve the outlook for smallholder farmers and to help communities respond to natural disasters. We are empowering women and young people to get involved in the decisions affect them most”, stated Ms. Hakobyan.

H. E. Archbishop Oshagan Choloyan, Prelate, will officiate the Divine Liturgy and H. G. Bishop Anoushavan Tanielian will deliver the Sermon this Sunday, December 8, at St. Illuminator’s Cathedral. Following the Liturgy His Eminence will officiate over the Solemn Requiem Service in remembrance of Archbishop Mesrob Ashjian, Prelate of the Eastern Prelacy of the United States and Canada from 1978 to 1998. Archbishop Mesrob passed away ten years ago, on December 2, 2003, during a visit to the United States.
A Baptismal Font dedicated to the loving memory of the late Prelate will be blessed. The Font is a gift from the Ashjian, Seropian, Yessaian, and Papazian families.

Our generation has been chosen to be part of one of the most difficult, but also most exciting, eras in Armenian history. More than ever we need the vision to recognize and act on the responsibilities that have been placed on our shoulders. If we recognize and act on our responsibilities, if we live our faith, then I believe that the future of the Armenian nation is bright.
Archbishop Mesrob Ashjian
“A Message for the New Year” (1996) 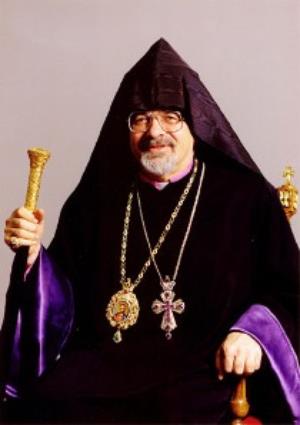 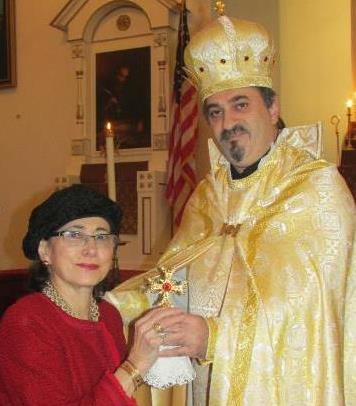 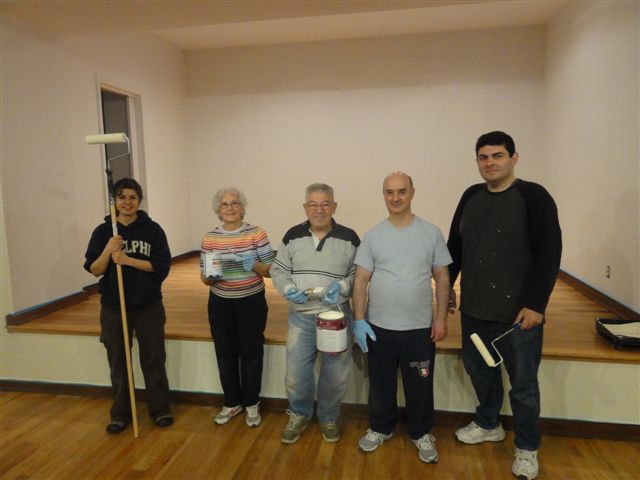 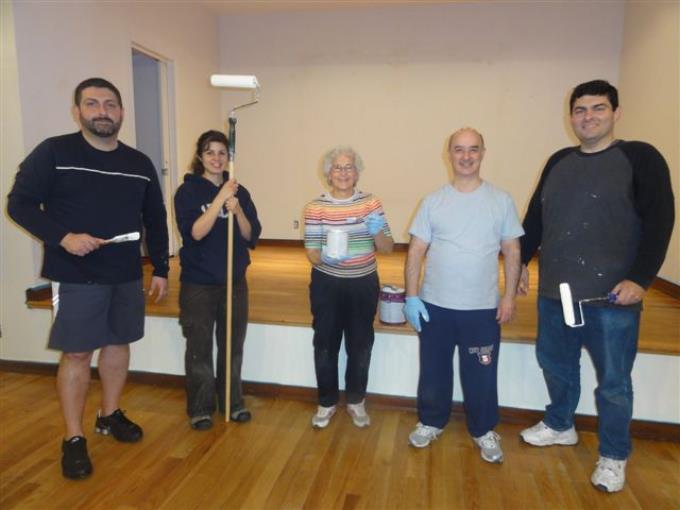 New York, NY:  St. Illuminator’s Cathedral has announced a special exhibition drawn from the extraordinary discovery of paintings by Arthur Pinajian. Pinajian was a virtual hermit whose life’s work had been relegated to the garbage but rescued just in time. Art historians nationwide are still expressing astonishment that works of such caliber could have remained completely unknown. 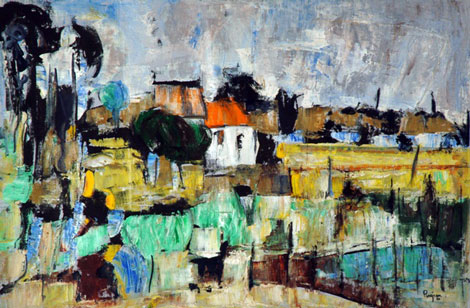 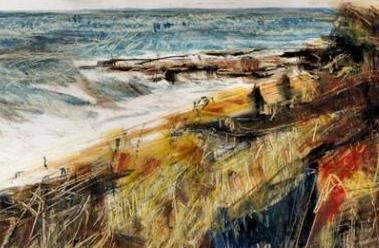 After Pinajian’s death in 1999, five decades of accumulated artwork were found stacked up in the one-car garage and attic of the Bellport, Long Island, cottage he shared with his sister. He had left instructions for his collection to be discarded in the town dump. At the last moment, Pinajian’s cousin refused to let the garbage truck haul away the paintings. Instead, Professor William Innes Homer [1929-2012], then Dean of American Art Historians, was asked to examine the life’s work of the unknown artist and was stunned by what he found: a large body of extraordinary abstract landscape and figurative paintings by a gifted artist who was completely unknown in his lifetime. Homer urged Falk to head the project, and soon a team of art historians was conducting research into the life and art of Arthur Pinajian.

As a boy growing up in an Armenian community in West Hoboken, N.J., Pinajian was a completely self-trained cartoonist. During the Great Depression he became one of the pioneers in a new medium: the comic book. In 1940 he created “Madam Fatal,” the first cross-dressing superhero, for Crack Comics. After World War II, he enrolled at the Art Students League in Woodstock, N.Y. Although he knew a number of the New York Abstract Expressionists, such as Franz Kline and Philip Guston, he was largely reclusive. For 22 years his life revolved around Woodstock while he passionately pursued his painting. His admirably poetic color combinations are linked to the tonalities of his better-known fellow Armenian, Arshile Gorky [ca.1904-1948]. Late in life, he moved with his sister to Bellport. There, in a tiny bedroom-studio he strived for visual and spiritual conclusions regarding flatness and color, goals paralleling those of the Abstract Expressionist movement.

The exhibition is accompanied by a 128-page hardcover book with essays by art historians Falk,
Richard J. Boyle, the late William Innes Homer, art critic John Perreault, conservator Jonathan Sherman, bestselling author Lawrence E. Joseph, owner of the collection, and Pinajian’s artist cousin, Peter Najarian. The collective essays present one of the most compelling discoveries in the history of 20th-century American art. Dr. Homer writes: “Even though Pinajian was a creative force to be reckoned with, during his lifetime he rarely exhibited or sold his paintings. Instead, he pursued his goals in isolation with the single-minded focus of a Gauguin or Cézanne, refusing to give up in the face of public indifference. In his later years he could be compared to a lone researcher in a laboratory pursuing knowledge for its own sake. His exhaustive diaries and art notes make it clear that he dedicated all of his days to his art. He was passionate and unequivocally committed.”

Dr. Homer concluded, “Ultimately Pinajian’s work reflects the soul of a flawed, yet brilliant, artistic genius. When he hits the mark, especially in his abstractions, he can be ranked among the best artists of his era . . . His life is, above all, a model for those who feel that they must follow their calling despite a lack of public acceptance.”

There is an astonishing resemblance between Pinajian and the hero in Kurt Vonnegut’s Bluebeard: The Autobiography of Rabo Karabekian, a 1987 novel about an eccentric painter. Both Pinajian and Karabekian, a.k.a. Bluebeard, were Armenian-Americans, raised by parents who survived the 1915 Armenian genocide of approximately one and a half million men, women and children, and made their way to the United States where they raised families during the Great Depression. Both men then served with the United States Army during World War II in the European theater, each earning a host of ribbons and medals, including the Bronze Star. After the war, both abandoned their careers as illustrators for higher artistic pursuits, joined the Art Students League in New York, and hung out with the Abstract Expressionists at the Cedar Tavern in Greenwich Village. Both eventually moved to Long Island’s East End near the ocean, where they kept their paintings tightly locked away in a garage.

Breaking Vonnegut’s character mold, Pinajian has now burst into the public eye, inciting a publicity storm with his arrival. His extraordinary artistic gifts have attracted the attention of art lovers and news outlets all over the world, and his story has been reported by sources including the New York Times, Good Morning America, and ABC’s 20/20. Finally, the artist has found his audience.

The upcoming exhibition at St. Illuminator’s is Pinajian’s posthumous homecoming, a triumphant return to the rich cultural tradition that gave him rise.